It’s neither here nor there… 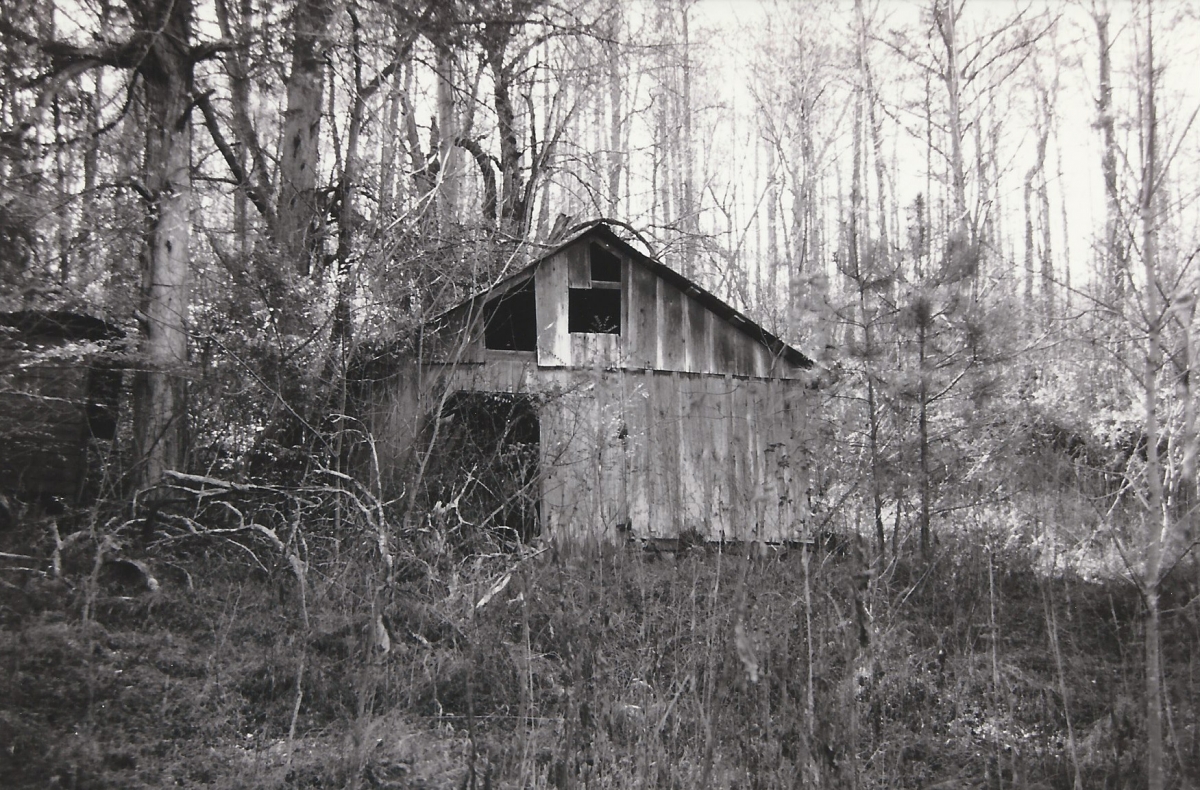 The year was 1933 (or as my dad would have stated “Nineteen Hundred and Thirty-Three”) and my father, Thomas Grimes Jr., was born in the middle of the Great Depression.  Add to that, he was born to a very poor sharecropper’s family in the rural South.  Dad was born at his home, which was a two room 700 square foot house with dirt floors.  There were complications with his belly when he was first born, and he rejected breast milk, so his family was stressed financally even more by having to purchase evaporated milk.  Dad was the 4th of five children born to Thomas and Pearl Grimes.

Dad didn’t talk much about his childhood.  I was always curious, always asking questions and never understanding why he wanted to hide the history.  Once in the late 1990s, when I was home from Arizona, I begged him to take me to the place where he was born.  I finally had a good camera, and I was damned and determined to get some documentation of this mysterious place.  He reluctantly loaded me up in his car and we drove about 3o miles into the beautiful rolling hills of Chatooga County, Georgia.   It was simply breathtaking.  I loved the rolling hills, the old barns, all the signs of nature, the stream crossings and what seemed like the  hunders of species of birds I saw.  We drove for a few minutes more on a semi-dirt road and he stopped the car.  We got out at the same time and he pointed up the hill to my right and let out a big sigh.

I looked over at Dad and noticed that his head hung down and there was a tear rolling down his face.  I felt awful.

We sat on the side of a decaying wooden fence while he told me a few fragments of growing up in the country.  But the theme that seemed to stand out was…

There was never enough.

Sharecropping was impossibly hard.  And it was never enough to buy the essentials…food, clothing, shoes, toliteries, not to mention luxeries like indoor plumbing.

Sharecropping sprung up in the rural South after the Civil War as a way to negotiate landowners needs to find laborers for their crops, and for unskilled workers to be able to make a living.    Under this arrangement, laborers with no land of their own worked on farm plots owned by others, and at the end of the season landowners paid workers a share of the crop, or would give the labors a portion of the crop.  Sharecropping developed, then, as a system that theoretically benefited both parties.

But it never really worked out that way.

Land was not the only thing sharecroppers needed from the owners. The owners would also sell fertilizer, seed, clothing, shoes, and some food from the “company store”.  The laborers rarely had cash so they were extended credit to make purchases. In the fall, after harvesting the crop, landowners gave the workers their shares of the crop, but because they didn’t have transportation for the cotton and corn, according to my Dad, they had to sell it back to the landowners, at a very deflated price.  With whatever cash my ancestors made in this sale, they attempted to pay back the debt accrued during the season from the landowner.  This exchange was notorious for permitting landowners, creditors, and cotton buyers to defraud farmers. A sharecropper, as in the case with my Dad’s family, was often illiterate, rarely had the opportunity to check the books and add up his or her own debt, to calculate the interest, or even to shop his or her cotton to different buyers.  In many cases the sharecropper was told that the amount he made selling his crop was not sufficient to settle the debts accrued during the year.  In this case the workers were bound to the landlord for another season.

And so the cycle continued with my Dad’s family from post Civil War until the early 1940s.  Always working…always owing.

So I sat there with Dad on that beautiful fall day and we said nothing.

And, I came to realize why we had never made this trip before.

After a few minutes, Dad finally turned to me and said…

“You know babe, this memory, this place…it’s neither here nor there…”

“You can’t let the past haunt you, you can’t let it define you, you have to remember only the good things.  My mama would clean those dirt floors as best as she could.  She made ‘rugs’ out of flour bags and to brighten up the place she would go pick some fresh honeysuckle flowers and put them all around the house in bottles we’d find on our walks to and from school.  She was so proud that we got to go to school.  You know, my parents didn’t get to finish school  There was always a lot of farming to do.”  Dad gazed down at his shoes and continued…“We always had shoes.  They were not the best, but we had them.  Not everyone did and I was sure proud of mine.”

By this point, I was crying.  I didn’t let him see as I choked down the sobs and tears, but boy, was I crying.

At some point he got up and got back in the car.  I took one photo of that hill before we left and silently gazed on the farm land with a new appreciation of hard work and sacriffies.

I sent him a copy of that photo, and others I took from the area, when I got back to Arizona.  I figured he would just throw it away.  But, when I was cleaning out his condo after he passed last year, I found a photo book.  Every single photo from that afternoon was in there.

And again, I cried.

But then I remembered the voice of my Dad…

“Babe, It’s neither here nor there…don’t cry over the past”

My brother, sister and I would always laugh at his favorite saying, “it’s neither here nor there..”.  It never really felt like it made any sense.  How can something truly be ‘neither here…nor…there?’.

But now I understand, I get it.  It’s irrevelant.  It’s immaterial.

Dad loved living in the moment.  All his mistakes and heartaches always led to the big joyful moment of the here and now.  He was capable of always finding something positive in every single day of living.  I loved that about him.

Thanks for teaching me that lesson Dad.